On our second day hunkered down in a cheap motel in Fort Bragg, California Tom and I decided our plans needed a BIG shake-up. 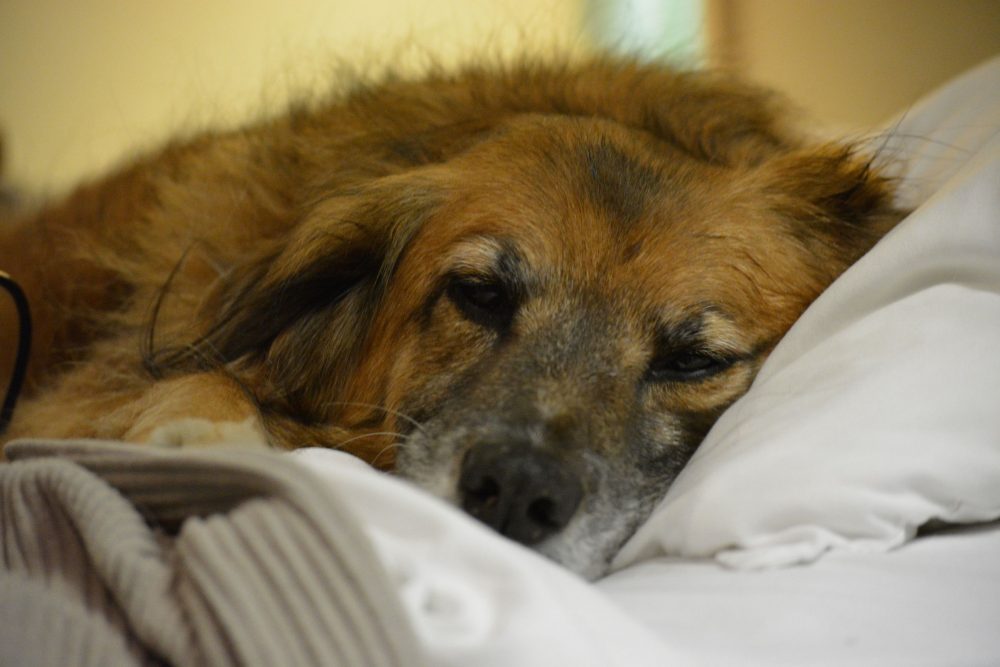 We were hiding out because it was storming all along the Northwest coast, and this was not just any storm. They were calling it the worst storm to hit the west coast in 50 years. The storm was so fierce that the walls of our motel room shook and creaked during the worst of it.

For much of the previous week we watched the weather forecast nervously, hoping that the predicted storm would prove an idle threat. Unfortunately, that was not the case, so we hauled ass to get to a city with motel rooms where we could ride it out. 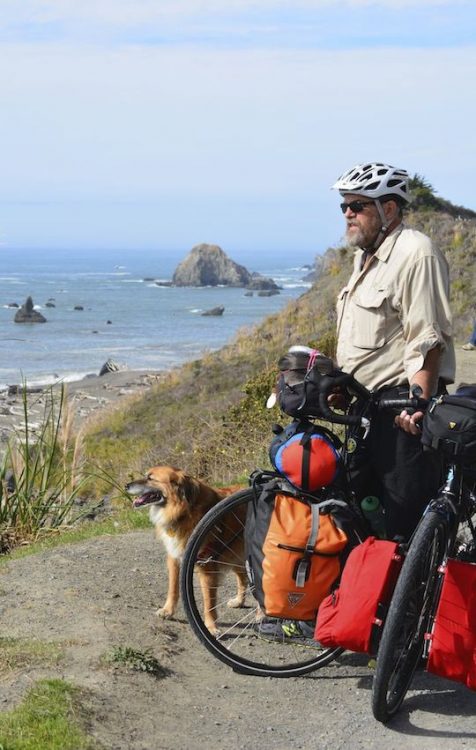 There we were in the tiny bar attached to the motel, drinking beer, and looking at two more days in the motel (minimum). Indy was blissfully sleeping on the motel bed, clearly ecstatic to be inside, off the bikes, and out of the traffic.

This was the second large storm cycle to hit the coast on our trip, and let me tell you 10 straight days of rain when you are bicycling (with a dog!) is rough, really rough.

Tom took a big drink, a long pause, looked at me and said “Let’s do it.” “It” was something we had casually, almost jokingly, fantasized about over the last week- buying a tiny RV or campervan to take us the rest of the way to Mexico.

We had the funds to do this without hardship, and we already knew that we would probably make a purchase like this in Mexico when we wanted to head back to Oregon, so why not?

Well, the biggest issue was that we had decided to go on a bike tour, and this would mean that our bike tour was over. That may sound silly, but when you’ve set a big goal for yourself, like bicycling from Oregon to Mexico, that goal can pretty easily get in the way of sensibility, comfort, and, ultimately, happiness. (Click here to read about how our journey began!)

For all these reasons, even once we’d made the decision, we couldn’t just buy the RV then and there. It was important to us that we reach a goal, that we go as far as possible before throwing in the towel on this bike tour.

So we decided that when the rain stopped we would continue down the coast to San Francisco, visit with friends, and once we were in the bay area we would make the big change.

Well, that’s baaaasically what happened, though we were about 50 miles shy of San Francisco when another storm came through. That particular storm saw us stuck in our tent for somewhere around 36 hours, at which point Tom decided enough was enough, took a bus to a Uhaul office, rented us a Uhaul truck, and drove us to a friend’s warm, dry house in Santa Cruz.

The very next day, in Santa Cruz, we found the exact Toyota Motorhome that we have talked about for ages, a 1989 Toyota Dolphin with just 30,000 miles on her, in excellent mechanical and physical shape. She was ready to go as is, and it is very rare to find a Toyota Dolphin in complete working condition.

It felt like it was meant to be, so we bought her, loaded up our bicycles, and continued our adventure down the coast of California (for some MUST see spots on the California coast, check out this Ultimate Guide to California)!

Allowing ourselves the flexibility to change our plans, to let our trip evolve as needed, was so important. We have not looked back or regretted our decision once.

Now Indy can lay around on a couch all day (his favorite activity), and as I write this we are already on a Mexican beach drinking Tecate, and listening to the surf. We still have our bikes with us, and we went on a long ride through Death Valley recently, a location we would have missed out on if we had not switched from bicycles to our motorhome.

The moral of the story is that planning is important, but it is equally important to allow ourselves the flexibility to change the plans when need be.

Want to read more about our travel philosophy? Read how embracing impermanence has allowed our life of travel!

Have you had to change your travel plans mid-trip? Tell us about it in the comments!

4 thoughts on “Flexibility- The Key to our Happy Travels”